What Are You Watching on Netflix/Amazon etc 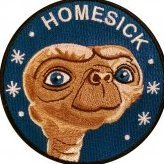 I think we all know who the real Tiger King is, guys.

Better Call Saul is the best thing around atm. This season especially is better than Breaking Bad even. Bob Odenkirk is absolutely killing it. He's phenomenal.